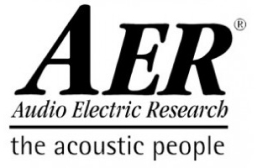 Goro Ito, a composer, arranger , guitarist and producer, has been active as a solo artist “MOOSE HILL” and also as member of a bossa-nova duo “naomi & goro”
Along with releasing his own albums and performing at home and abroad, he has written music for movies etc.
While pursuing his own music with profound taste of Bossa Nova, he has played in genre-straddling style of music such as classic and rock, etc. Besides his own work he has collaborated with various musicians including Ryuichi Sakamoto, Haruomi Hosono and Yukihiro Taskahashi. For singer and actress Tomoyo Harada, he has produced many songs and albums.
He has worked with Takashi Hiraide, a poet who won the Best Translated Book Award by his poetry collection “For the Fighting Spirit of the Walnut” in USA.

He also has maintained close musical relations with Brazilian musicians such as Jaques and Paula Morelenbaum. With them, Jorge Helder, Rafael Barataand other excellent Brazilian musicians, he has produced the album “Rendez-vous in Tokyo” recorded in Rio and Tokyo.
The album has won the “Disco de Quro da Musica popular Brasileila” best album award in 2014.

In 2010 For the first time in four years, he released his solo album under his own name. It features Sean O Hagan, Valgeir Sigurosson and Yukihiro Takahashi as guest players. He produced “Christmas Songs” , a Christmas album participated by Haruomi Hosono, yukihiro Takahashi, Ryuichi Sakamoto and so on. 2011 In February , he gave an installation event of his own music and image works “Tone Poem: Memories of Blue” at Aomori Museum of Art in Aomori.

In 2011, in collaboration with Naruyoshi Kikuchi, Naomi and Goro released their album “calendula” from commmons label and made it a smash hit. At Aomori Museum of Art, he presented a sound installation “「TONE_POEM」” and held a workshop on composition with a local dialect and a storytelling session “on-doc” with Tomoyo Harada.

In 2012, he will produce music for the exhibition “Art and Air” held at Aomori Museum of Art from July 21st to September 17th. On April 25, he released “GLASHAUS”. Freely blending jazz, classical and Brazilian elements, Goro’s classical guitar performances propel an instrumental tour de force that transcends musical genres. Goro’s sublime performances in a duo with cello or contrabass, or by an ensemble incorporating piano and strings quartet, open up new musical horizons and represent the fruits of the intimate knowledge of diverse genres, incomparable guitar skills, and keen melodic sense he has built up over his long career. His talent resonated with top Brazilian musicians such as Jaques Morelenbaum and Andre Mehmari, who took part in the recording sessions in Rio de Janeiro and Tokyo and effusively praised the finely honed sensibilities that lie behind Goro’s beautiful compositions and idiosyncratic harmonies. “GLASHAUS” is received a high evaluation and became an enduring long seller album. ”This is what romantic, lyrical and truly borderless music sounds like – Ryuichi Sakamoto” In the same year he held a special concert titled “Goro Ito + Jaques Morelenbaum Special Duo Concert” at Sogetsu Hall in Tokyo.

In 2013, he produced a tribute album “GETZ/GILBERTO+50″, commemorating the 50th anniversary of renowned “GETZ/GILBERTO” album release.
The album has received the first prize in Brazilian Music Award hosted by a Japanese radio station J-WAVE.
In the same year he released his 3rd solo album “POSTLUDIUM”.

In 2014, Goro held a concert with Jaques and Paula Morelenbaum at Blue Note Tokyo in August. In the same year he released a joint work album with Jaques Morelenbaum.

In 2015, The album “RENDEZ-VOUS IN TOKYO” has received the second prize of the year in the Brazilian Music Award.
Goro appeared in a popular TV program “Yoru-Tamori” and performed with Antonio Kazuyoshi Jopim(a parody character acted by the famous Japanese comedian Tamori).

In 2016, Goro produced and arranged Japanese renowned actress Tomoyo Harada’s album. During recent years, he has been working together with her actively. The album has become a smash hit entering the album charts at No.4 in a Japanese reliable music chart ORICON(25 May 2016).

In 2019, he wrote a theme song for an animation movie “Sumikkogurashi”. Recently, he’s been active in the area of anime music.

In 2020, he is going to produce music for animated TV program “Arte”.